Flight Simulator Games Should All Be Multi-Licensed!

I am no newbie to the video games industry; I’ve played video games my entire life and I’ve even had the pleasure of writing about the professionally – both for this site and for several other guest posts – yet I’m still sometimes blown away by how many games fail to live up to modern-day standards yet somehow still manage to sell so successfully. 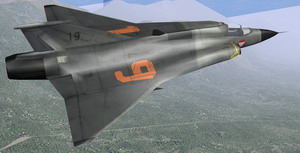 A friend and I were having a conversation recently about a new, ‘AAA’ title that he had purchased and was playing on PC (and to my shock and horror it wasn’t a plane flight simulator!) He said he was a huge fan and that the graphics were incredible and that he thought I’d absolutely love it. I told him that once he’d finished playing it he should absolutely lend it to me and I’d give it a shot – after all he’d given it save a rave review.

He was quick to point out to me/remind me, however, that the particular game he was talking about was similar to so many modern titles in the way that they only have one-off licenses, meaning that they can only be installed on one computer and then that’s it.

A lot of people see this as standard practice now for PC games but I still think it’s a load of rubbish. I’m a supporter of games that are flexible enough to give you multiple licenses so you can at least install it on your laptop or another computer within the house. The days of having one, fixed computer at home in the one spot are gone and multiple computers in one household is the new status quo.

When I told my friend that the Flight Simulator I’d been playing to death had an unlimited amount of licenses meaning it could be installed on as many computers as I pleased he couldn’t believe it and was jealous of the flexibility that my game offered that his didn’t. Developers who actually care about the needs of their customers will always offer a multi-use license as far as I’m concerned.

What do you think?

P.S. You can read about a flight simulator game that has unlimited licenses on my links and resources page right now!